7 similar faces in the world


I heard that there are several theories regarding that we have 7 people that have similar face as we do in the world. But yeah, we never know if that theory is accepted or not. And some people called it doppelganger, but no. We are not discussing about doppelganger. It is completely a different topic.

My friend once said that I looked like her.
It's so good to be true! HAHAHA.
Now, now, ada orang perasan pulak.


So, most of my friends, they said that my sister is like my identical twin.I had a younger sister. My only sister. They claimed that we have the same voice, about the same height and the same face (not really tho). Even if I denied them, there will always be my family members, strangers and 'mak cik jual tepi jalan' also claiming the same thing.


Even there is one boy, my classmate, he once stated, that what if my "secret admirer" mistaken if he thought that my younger sister is me? I laughed at him because the sound of me having a secret admire is just ridiculous. But at some point, he is true. No, not about the secret admirer but some of my friends do actually mistaken my sister as me. Then, they go on mentioning, "patutlah tak pandang masa panggil." "eh, ingatkan Aisyah tadi." bla.. bla..


This is so random. I think that this post have no point at all. So, I have found one out of seven. What about you guys? Ever met one?


p/s : AHAHA, I was so boring during this school holiday so I thought it will be cool if  I post something in English. "Budak ni poyo oh cakap English." Relaks relaks, lain kali kita buat dalam Bahasa Arab pulak. Baru bahasa syurga kan? :p 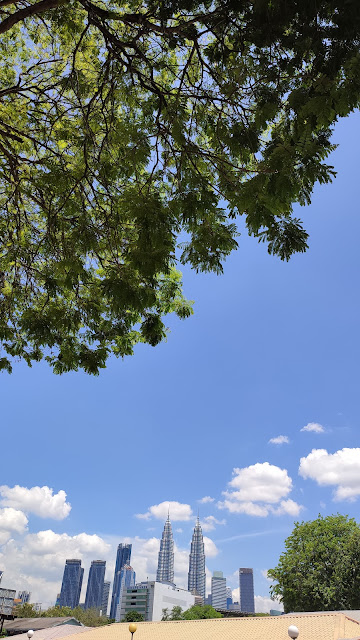